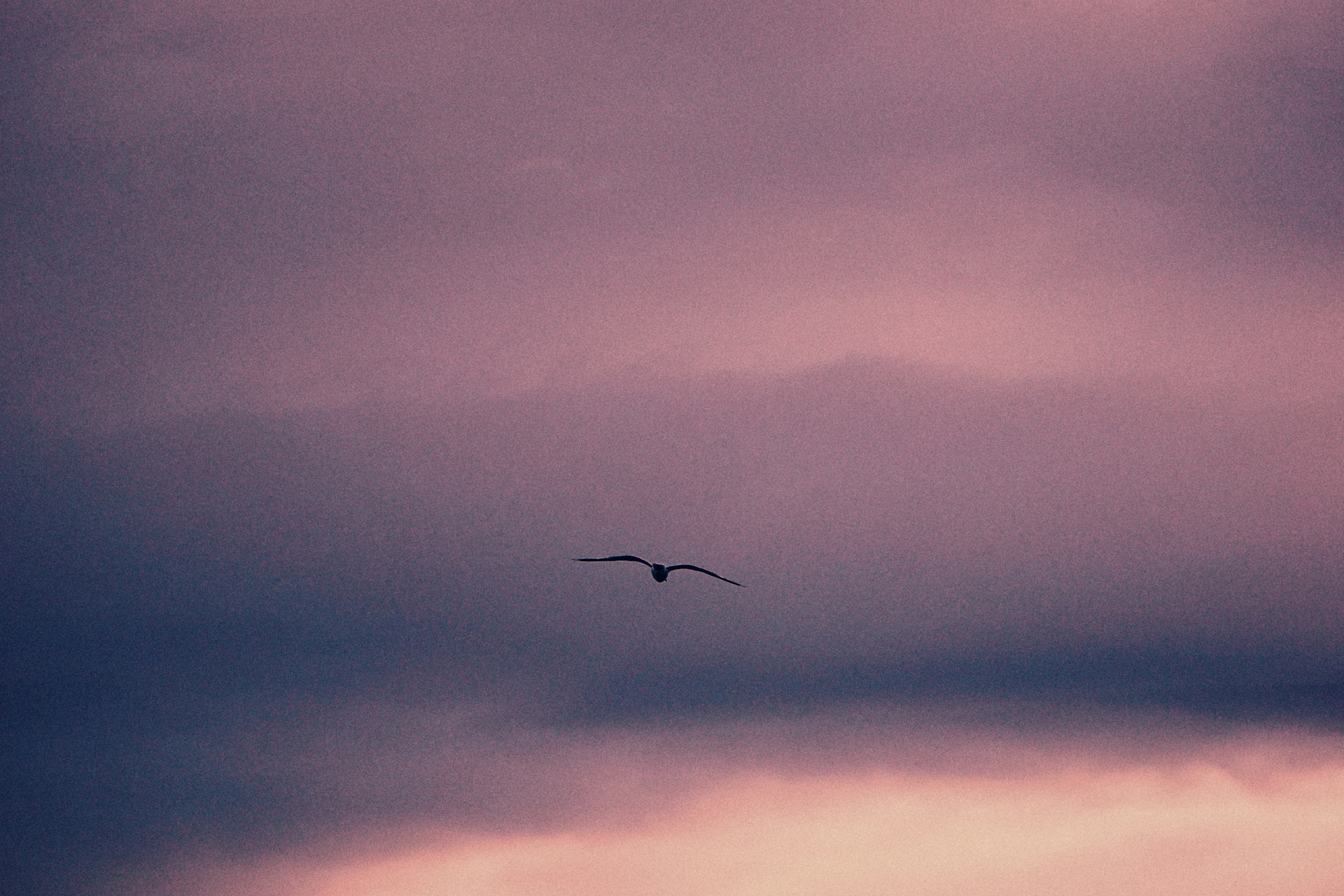 When a close relative passes away, besides the grief, the family member has quite a lot of documents and different public officers to handle.

The heavy and bureaucratic entity is not governed by one single public officer, but instead death related documents and procedures are handled by the Digital and Population Data Services Agency (DPDSA), Finnish Tax Administration (FTA), as well as private banks and insurance companies, alongside with several other public officers and companies.

DPDSA and FTA wanted to fix the exhausting and complex customer experience into a completely human centric and life event driven one. To renew the experience, the offices mashed up in a completely new way.

The Magistrate (now part of DPDSA) was investigating how the report on family relationships could be made more efficient, and Siili was also involved in this project. At the same time, the Finnish Tax Administration was thinking on how to digitalize and make inheritance taxation and estate inventory related to that more efficient.

“However, we at FTA realized that the inheritance taxation is such a process that we cannot take big leaps just by ourselves. In May 2019 we hooked up with the Digital and Population Data Services Agency”, Mikael af Hällström, Development Expert at FTA, recounts how the Ecosystem of Death (nowadays known as the Relative’s Death concept) and network was born. 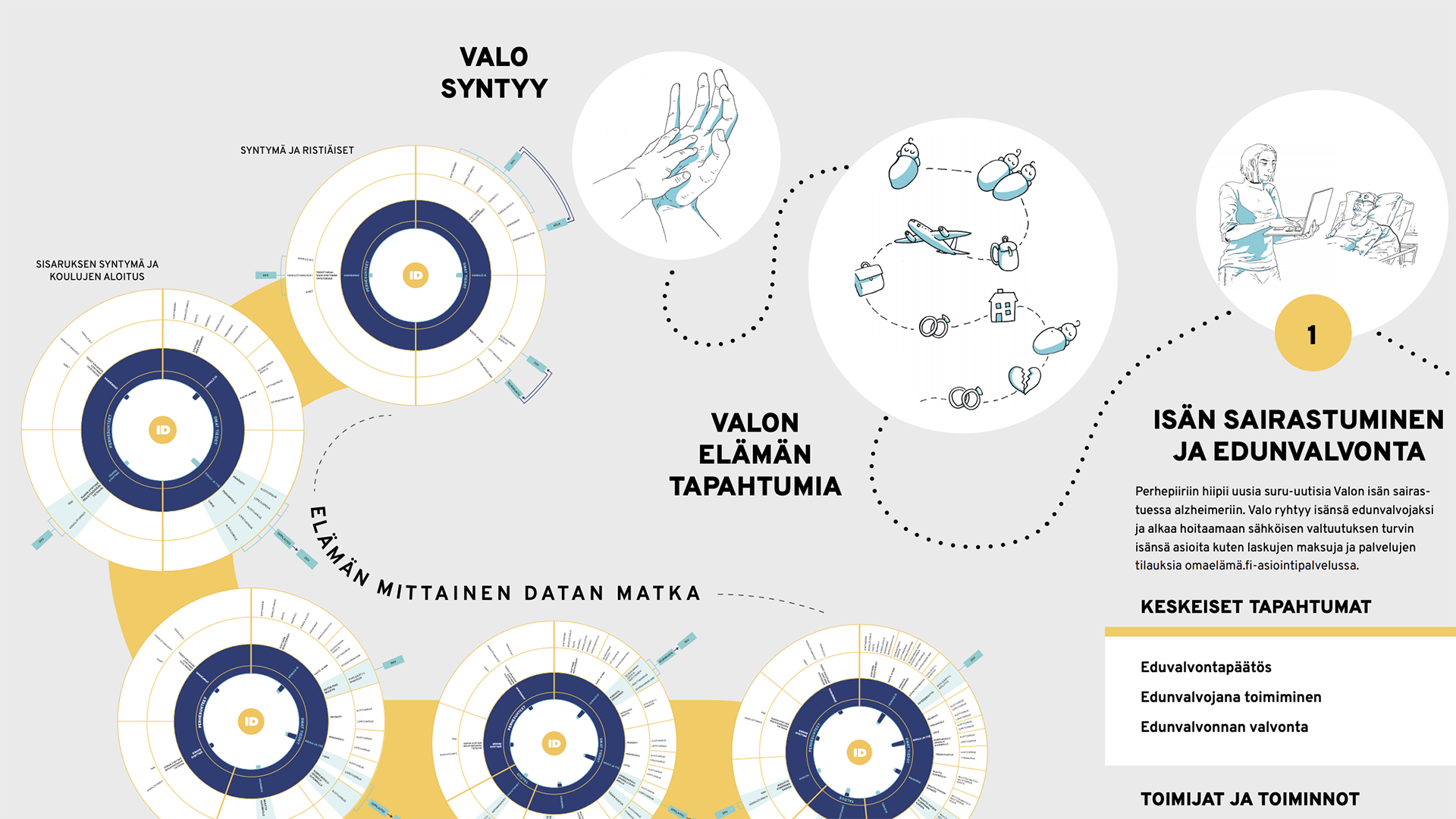 Based on the mappings and ideation, and assisted by Siili, the Relative’s Death concept was born. For the 50 organizations involved, the concept describes their tasks, and what the tasks could be in the aimed future and how they would function.

You can view the whole concept-chart, of which you see a small part on the left, in Finnish  here.

Digitalization and customer centricity as a shared goal

“All the operators in the network shared a goal where the aim was to create a more customer centric experience, but also create real value for the operators themselves”, says Petri Risto, Leading Expert in the Digital and Population Data Services Agency.

While collaborating with different operators, such as banks and insurance companies, calculations were made, and they presented remarkable savings over years if the process related to relative’s death would be adjusted.

“The primary problem has though been that this entity is no one’s business – developing it is not on the responsibility of any ministry, but instead the responsibilities are scattered on the public administration and private sector: thus in case of a relative’s death, the final responsibility lies within the persons themselves and their close relatives”, Hällström tells.

“We pondered that we should forward this together even when a joint project was not established. We also wanted in other officers and companies that would benefit from taking part and progressing the topic. The will to advance digitalization is strongly behind this all”, Risto continues.

“The focus of the workshops was in giving an opportunity for the invitees to tell what is their role in the entity of a Relative’s Death”, says Hällström.

DPDSA had started preparing the concept work, and the actual development work of the network was fully started by interviews and workshops together with Siili. The present state and challenges related to it were mapped out with FTA and DPDSA, as well as with banks, insurance companies, church, law firms, National Land Survey of Finland, Ministry of Foreign Affairs, congregations, funeral homes, the target group aka families, and law makers. In the workshops, it was also noted that e.g. municipals hold a role in matters related to a person’s death, so operators were asked to join along the journey.

“We mapped out in many ways what kind of services the operators offer to a customer either before their death or for the estate after their death, and what kind of problems lie in providing these services. After the mapping, we reflected solutions to the found problems and ideated a shared objective with the same participants”, Risto tells.

Based on the mappings and ideation, and assisted by Siili, the Relative’s Death concept was born. For the 50 organizations involved, the concept describes their tasks, and what the tasks could be in the aimed future and how they would function. 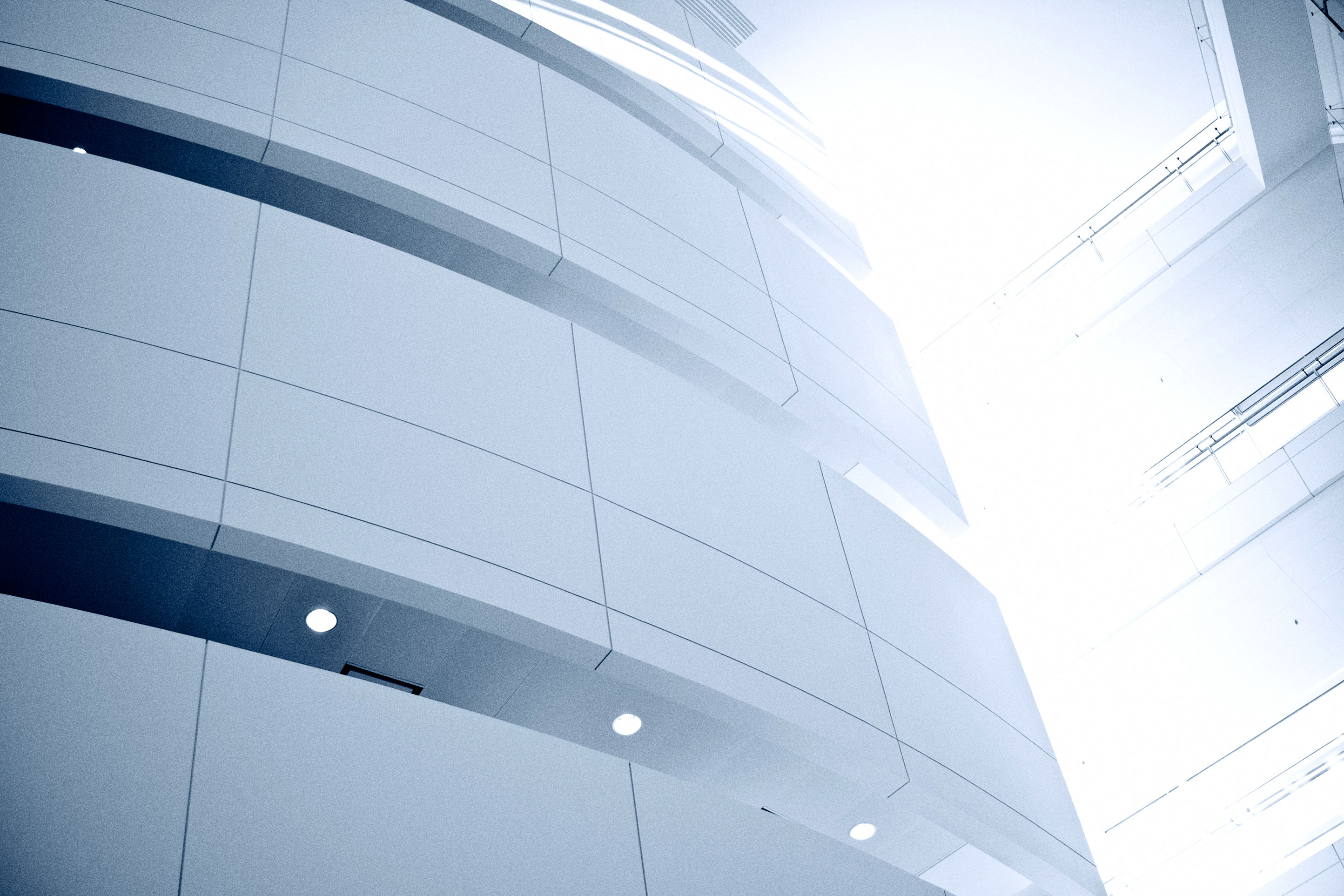 "Siilis very quickly grasped the problems and objectives and made good progress with excellent professionalism."

A comprehensive concept of death

At this stage the concept is in the phase of creating small demos as the integral budget is still missing. The concept materials are published in DPDSA’s Suomidigi.fi service where they can be freely explored.

In the Relative’s Death concept, the aim was to create a vision of a comprehensive and unified web service which would remove scattered user experiences. Besides a web service, the concept includes a multichannel and digital customer experience, and it utilizes data in a service manner. Also, benefiting from automation is at the center of the concept.

“We wanted to create a concept in which people could easily create and save different documents into one digital document briefcase. From there they could be found if needed, and they could be utilized by different officers. Also, companies could save official documents directly to the digital briefcase. For example, a prenuptial agreement or a testament are documents which are needed after a close relative’s death. A certificate on balance of account by banks is also an example of a document that could be delivered directly to the estate’s digital document archive”, Risto describes.

To demonstrate the Relative’s Death concept and its service path, a concept story of a future person named Valo Päivänsäde was created. During her life she studies, falls seriously ill herself, gets married and establishes a family, takes care of the matters of her sick father, and in the end, the errands of the estate of her late father. In the concept story it is described how the documents concerning Valo’s own life, such as a testament and information of her new role as a guardian, and the documents and data of her close relatives live together with Valo in a conceptual digital service called Omaelämä.

A map of the ecosystem of operators and their tasks related to death and a persons’ life was also created, plus a document called Data’s Journey, which describes all the data accumulated during a person’s life, and where and how it is saved. The modeling of Data’s Journey functions also as the basis for target architecture, and there also exists a roadmap to create the whole concept. Alongside with the project, an operating model for creating customer driven service development to other life events, such as marriage, was crystallized.

“An example of the visions in the concept is the report on family relationships, and it was recognized that it should be created automatically. So, when a person dies, the report on family relationships should be created automatically and it should include a comprehensive list of people with whom the late person has relations and on which the estate is based”, Hällström mentions.

Human centricity and life events as drivers were in key positions in the creation of the concept.

“The service path related to the tasks in the case of a relative’s death is thought to be as human centric and digital as possible”, Risto tells.

The views of the different operators and service providers were handled first in the workshops, but in the solution phase the focus was put specifically on the customer.

“The concept and service path were shown to real customers, and they gave feedback on the content. The leading idea is that the best kind of service is that there is no service. Regarding especially the public agencies, this means that we don’t ask anything from the customer in vain and we do as much as possible on behalf of the customer. All kinds of running errands from officer to officer, asking for certificates, leaving applications, and doing requests should be taken away from the shoulders of the customer”, Hällström says.

The human centric approach means reforms for partly outdated legislation and the development of the organizations, though.

“Our vision concept also makes the offices think the operating models and earning logics of the future. Service models need to be reconstructed, and it also needs to be thought out how to organize the management of employees and the flow of data”, Risto ponders.

Learning is enabled with a good partner

What We Did And How

The concept work was done in an agile way with a small team where Siili’s service & business designer, UX/UI designers and a visual designer, together with the FTA and DPDSA, created new ideas for digital customer experience. A small team made work very flexible.

Both Hällström and Risto praise the team spirit and that Siili’s facilitation and documentation skills and the ability to create a concept vision were excellent. Different expertise completed each other very well, and everyone brought ideas to the table on their part. The team worked a lot, but also laughed a lot.

Make It Real with the help of our experts